Welcome to Healing Hands Integrative Medicine. Healing Hands started in 1996 as a massage therapy clinic. Since then we have grown to offer Naturopathic Medicine, Chiropractic, & Massage Therapy. We are passionate about helping people achieve their best health.

Dr. Joanne Day has been practicing Naturopathic Medicine since 2006, after graduating from the Canadian College of Naturopathic Medicine in Toronto. She has a passion for using both traditional medicine and cutting edge natural therapies to help her patients overcome their health challenges.

Dr. Day obtained her undergraduate degree in Engineering but after working as an engineer she realized that she was better suited to a job helping people. After leaving Engineering, Joanne spent a year in South America where she became interested in natural medicine after witnessing it being practiced together with conventional medicine.

Dr. Joanne Day began her journey treating pain with Regenerative Injection Therapies (Prolotherapy) after observing Dr. Trevor Hoffman. She witnessed first-hand the benefits his patients were experiencing from his treatments. Since that time, she has taken numerous courses in Prolotherapy, Lyftogt Perineural Injection Treatment, and Neural Therapy to learn as much as she can to help her patients.

Joanne lives in Lacombe, Alberta with her farmer husband and their three children. When not practicing or studying Naturopathic Medicine, Joanne enjoys skiing and camping with her family. 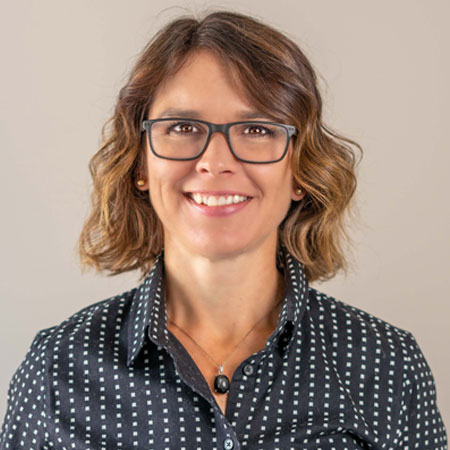 Dr. Nicole Fox has been a chiropractor in Central Alberta since 2005, graduating from Palmer West Chiropractic College in December 2004. Her passion for treating patients with a holistic, head to toe approach has brought many successes throughout her career. A member of the Pro Rodeo Sport Medicine Team since 2005, Dr. Nicole’s experiences treating at rodeos has given her unique and challenging cases. 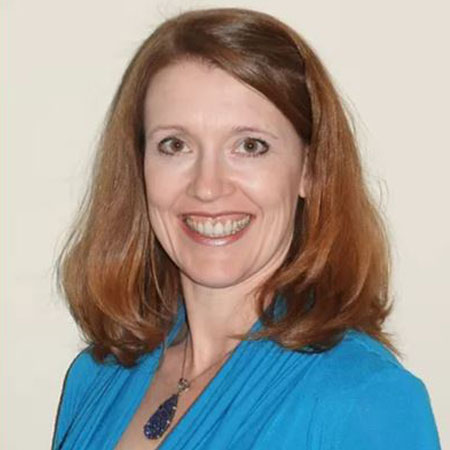 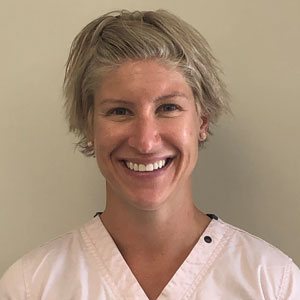 Brenna was one of those Saskatchewan small town girls that had dreams of becoming someone important. She has always been intrigued by the human body, how it moves, how it can heal from little scratches and overcome disease and how everything is interconnected.

By the end of grade 12, she knew medicine and health was her calling. She moved to the big city of Saskatoon and obtained her massage therapy and sports therapy diplomas.

After gaining some experience in these fields, she was eager to learn and do more. Brenna eventually acquired her Practical Nursing Diploma in 2011 and has since worked in Long Term Facilities and Family Clinics.

When she relocated to Lacombe, she found and pursued another passion - kettlebells and fitness. You will find Brenna at one of our local gyms - (Fitbody Bootcamp) lifting iron and coaching group classes.

Natalia brings to Healing Hands 20 years of experience in health care. Before emigrating to Canada from her native Russia, Natalia was a Dentist & Orthodontist. Since joining our clinic in June 2012, people have been raving about Natalia’s massages. 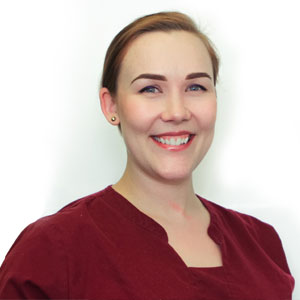 A self-professed “Jill of all trades”, Alisa tried her hand at a few different vocations before finding her home in massage therapy. Her previous job history includes a stint as a voice teacher, a roster singer for a fledgling opera company, and a horseback guide in Banff National Park. In 2011, she turned her attention to Massage Therapy schooling, and has never looked back. She graduated from the Northern Institute of Massage Therapy in 2013, and she’s called Healing Hands her home since 2014.

Alisa loves to really get to know her clientele, and prides herself on her people skills. If she’s not massaging, you can find her singing with a local choir that she chairs, or spending time with her family. She and her husband, Alex, welcomed their first daughter in December of 2019. 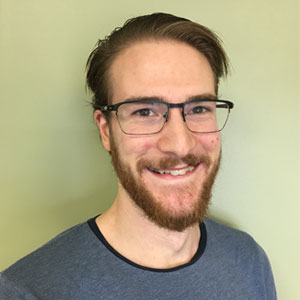 Jeremy is proud to call himself a Registered Massage Therapist! After years of working in the telecom, agriculture and other labor and service industries, he did extensive soul searching to find that his passion was to help others. He considers massage "a task of the hands, head and heart". He is excited most about the opportunity to improve the quality of life of the people whom he treats. His modalities include, therapeutic and relaxation, prenatal, fascial release, joint play and muscle energy techniques. In his free time, you might find Jeremy playing music around Red Deer county, hiking through the local trails or speeding down the slopes at Canyon Ski Resort. He considers himself extremely lucky to work alongside other professionals at an amazing clinic found within an unbelievable community!

Originally from Nova Scotia, Abigail made the move to Alberta in 2013, and graduated from the Alberta Institute of Massage in 2018. She has called Healing Hands her home clinic since the beginning! She prides herself on creating a relaxing, therapeutic, and caring atmosphere in her treatment room, and her clients enthusiastically agree! She’s got that quintessential East Coast friendliness that’s hard not to love. Abbie offers a range of modalities from relaxation massage, to deep tissue, to raindrop technique. In her spare time, you can find her outdoors- she loves to go boating and fishing. Abbie recently married, and she and her husband have a dog named Oliver that keeps them on their toes! 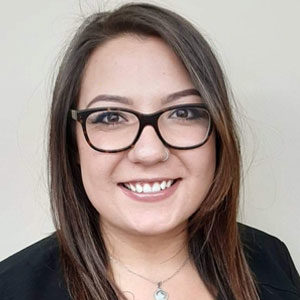 Jordan was born and raised in Lacombe and from the age of 6 was involved in competitive Ringette, Swimming and Lacrosse teams from club to AA competitive levels. She learned very early of the importance of self-care to keep you in the game and doing what you love! Jordan is passionate about the way massage encompasses the mind, body and spirit both in the healing process and wellness of the whole person. She believes in promoting and educating self-care to her clients.
Jordan graduated from the Alberta Institute of Massage in 2018 and currently specializes in therapeutic, deep tissue, relaxation, prenatal and trigger point massage. She has also completed a myofascial cupping and reflexology course, and would like to further her training in Rapid neurological reset, Fire cupping, Jade stone and lymphatic drainage.

In her free time you will often find Jordan with a box of crayolas & a sketch pad outside in nature or by a body of water. She enjoys hiking the trails in Lacombe and Central Alberta or enjoying a lane swim or putting on a pair of skates depending on the season!

If she sees you in the community walking your dog she will probably stop to ask you if she can give them some loving scratches. A dog lover of all breeds, Jordan grew up with her beloved Shiba, Rudy. 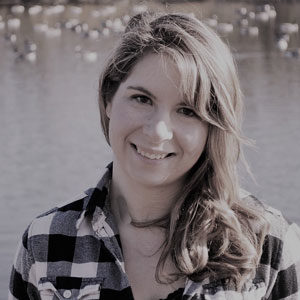 Although originally from Sundre, Delaney has called Red Deer home since attending RDC for a diploma in child care. After stumbling upon Northern Institute of Massage Therapy, she decided a change was in order and applied for the program. She graduated as a 2200 hour Registered Massage Therapist in 2019 and has been developing her practice since.

Delaney uses Lensen and Muscle Energy Technique to find and correct imbalances in the body, and provides a massage treatment to aid in the longevity of her corrections. She is currently trained in Lensen Technique and Dynamic Cupping.

When she’s not at work, you’ll find Delaney hiking with her husband and their two dogs, playing board games, or trying her hand at anything and everything crafty and creative. She also has a strong passion for cooking and baking!

Robin McKay combines her unique set of skills from a 35 year career as an RN with Jin Shin Jyutsu® to help others achieve harmony and balance within themselves, their groups, and even with their animals and pets. As an RN, she successfully worked in bedside nursing, management, education and group facilitation. During that time, she noticed a missing piece of healing and feels she has found that within Jin Shin Jyutsu.

For the past 13 years she has followed her passion in working with individual clients to restore their mental, physical, emotional, and spiritual balance through hands-on energy work as well as teaching them self-help methods. She also practices hands-on work with animals and teaches their owners to do the same.

Originally from the USA, Robin has lived and worked in Canada since 1989. She lives in Red Deer with her husband Roger and their dog Foxy. She spends most of her free time golfing, camping, and working with rescue animals. 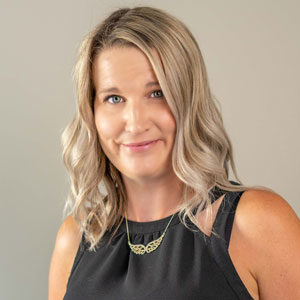 Robyn has been the steadfast captain steering the Healing Hands ship since 2015. In addition to keeping the clinic running smoothly behind the scenes, she’s a trained medical laboratory assistant and you can find her assisting Dr. Day with patient care. She prides herself on the personal touch she adds to the patient experience at Healing Hands, and she never forgets a face!
She’s passionate about animals, and has previously funneled that passion into working for a veterinarian. She’s a loyal dog lover—her English bulldog, Hustler, is the apple of her eye! When she is not working, you will find Robyn digging into a good book, or camping with her husband! 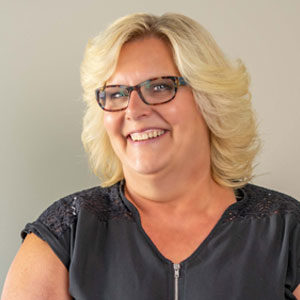 Since 2017, Beki has been providing the laughs behind the reception desk at Healing Hands. You’ll never leave the clinic without a chuckle when she’s around! Beki has a background as a medical laboratory assistant, making her ideal for answering questions and assisting patients when needed. Her family holds her heart- she’s a mother, and a grandmother. You’ll often find her cooking or baking with her loved ones in mind, or spending time having coffee with her best friend! An animal lover, Beki has a love for all things horses and feels at peace in the saddle. 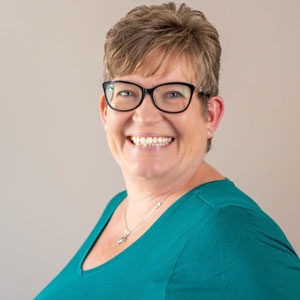 A born and bred Alberta girl, Evelyn is the newest recruit behind the front desk. Her bubbly demeanor makes a great first impression for the clinic right off the bat! Evelyn has spent the last 7 years working in various forms of healthcare administrative positions, but previously has worked as an Education Assistant in early childhood education. She jokes that she could still use some help with her math skills! She’s a mother of three (two sons and one daughter), and a doting grandmother to four awesome grandchildren. She feels blessed to live a great life in Central Alberta and feels that Healing Hands is her second home!